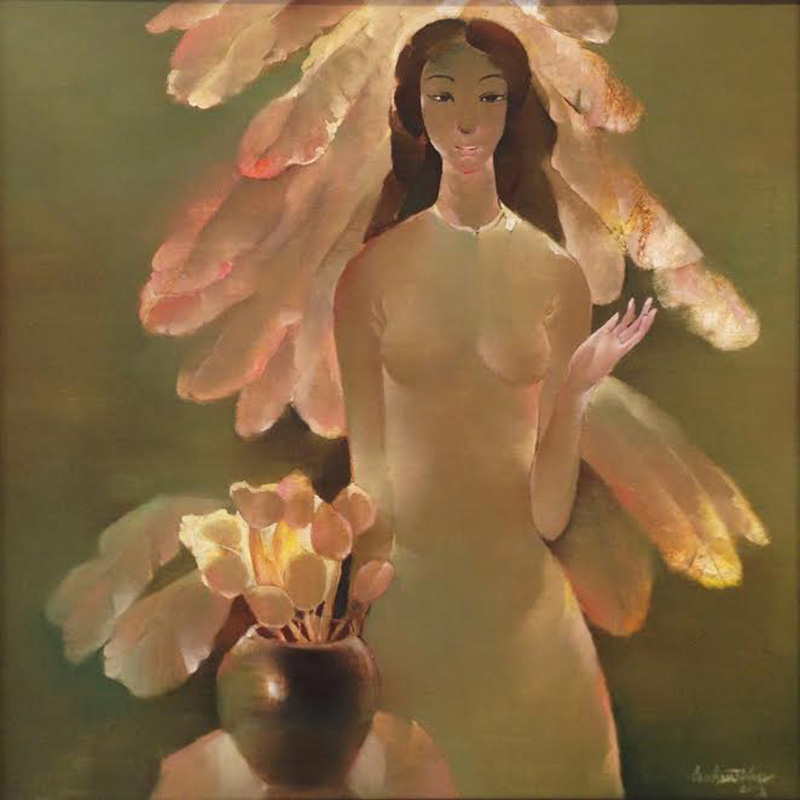 The Viet Art Today 2016 - 2017 Competition was the first privately organized and financed art competition in Vietnam. Artists under 40 years old were invited to present their paintings for a first qualifying round early October 2016 in Ho Chi Minh City (HCMC).

A Report on Developments of the Vietnamese Art Scene

The Viet Art Today 2016 – 2017 Competition was the first privately organized and financed art competition in Vietnam. Artists under 40 years old were invited to present their paintings for a first qualifying round early October 2016 in Ho Chi Minh City (HCMC). In December, the in‐house jury led by the artist Tran Thanh Canh nominated 20 finalists who were requested to submit three art works to a jury of five national and international art experts and collectors, of which I was a member. This jury elected the winners at the award ceremony on February 26, 2017 at the Park Hyatt Saigon Hotel.

Nguyen Gallery in Saigon, financially supported by a consortium of companies and advised by the chairman of the

The three winners received a generous prize money and an invitation to an art fair in Singapore. In addition, the artists got the chance to sign a five‐year exclusive contract with the Nguyen Gallery, comprising financial support for materials and certain other expenditures, strategic monitoring and public relations, as well as a guarantee for the acquisition of a defined number of works of art.

The winners were nominated by two groups of voters with equal weighting, the jury and the invited guests at the award ceremony who were collectors of Vietnamese art. 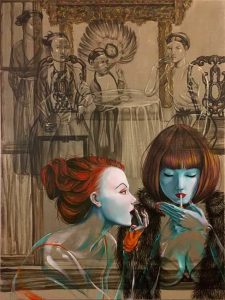 Observations of an art scene in upheaval

In 2015, when I visited various artists’ studios and institutions in HCMC I could witness a lively art scene but largely isolated and coherent. The social radius of the artists I met was mainly limited to their studios and the state‐run academic institutions. Gallery collaboration existed, which was more of the sort of vaguely defined commitments. Art, in a way, was sold across the street. To build international contacts, some artists entrusted their art works to overseas galleries without keeping track of sales. The artist’s role was merely to be the on‐ demand supplier of galleries. They were barely in a position to influence price formation.

Today, one senses the beginning of paradigmatic change. Artists are increasingly alert for more market insight and rights. Growing self‐confidence and desire for shaping their oeuvre and pricing create a dilemma within the current system. Swiftly it is realized that the artist’s role has become more demanding and the business more complex, including internationalization to expand the market.

In fact, the Vietnamese art market is driven by a prosperous real estate sector. Well‐respected galleries are providing new hotels, resorts and restaurants with art works. Renowned artists receive large commissions for entrance halls and meeting rooms, or are teaching in art (high) schools. Such an environment is not very supportive for the development of an individualistic artist’s career and furthermore is focused on the national market. Numerous Vietnamese artists and curators, raised in the diaspora and trained in the West, returned during the last ten years. Their international practices and ideals are encountered by the established national market actors with skepticism, and are challenging existing structures and taste. Vietnam needs to successfully build on these fundamentally different systems and develop its independent way. Liberal structures and concessions are required for the necessary dialogue and handling of prejudices.

Most importantly local buyers nourish the art market and sophisticated art collectors promote content and quality. Co‐operation with national and international art experts, relationships with the private and public sectors, and international partners, as well as the development of a professional primary and secondary market are crucial factors and prerequisites for globalization.

Singapore has developed into an art hub for the Southeast Asia region, an effort supported by the government. The active exchange with such centers and the participation in their programs offer opportunities to artists from neighboring countries. In Vietnam, a reassessment of public infrastructure for the arts to meet international standards and the timely adaption of curricula and development opportunities for artists is due. There is an increasing number of private initiatives offering platforms for artists and collectors. The Dogma Collection, a collection of Vietnamese war and propaganda art of the twentieth century, awards the Dogma Prize to contemporary Vietnamese artists and grants foreign scholarships. Zero Station and Dia Projects are artist‐run spaces in HCMC that encourage international exchange among artists. In Hanoi, the German Goetheinstitut and the Danish CDEF (Cultural Development and Exchange Fund) are engaged in various activities in support of contemporary art.

At the beginning of 2017, the artist Trinh Minh Tien launched the first Vietnamese art fair, the Domino Art Fair, under the Brand RealArt in Hanoi and HCMC. Tien wants “… to increase transparency to create a trustworthy art market”. Since the economic reformation in the 1990s, a market for forgeries has developed in Vietnam. Internationally noticed scandals triggered a massive loss of credibility and created an undesired liability to the Vietnamese art market. Under this awareness the Domino Art Fair has been enriched with art talks and educational programs and is now planning regular editions. RealArt is working as part of the Hanoi Creative City initiative, a creativity and entertainment center in Hanoi.

In HCMC, the platforms The Factory and Salon Saigon have recently opened doors. The former is artistically run by Zoe Butt who collected valuable experience from her engagement with the San Art Laboratory, which was built on the initiative of the internationally renowned artist Dinh Q. Le. Salon Saigon is overseen by the Vietnamese artist Sandrine Llouquet who grew up in Paris.

There are also long‐standing meeting places for artists to join art events. Ly Khac Nhu for example, a Chinese‐ born artist, offers a romantic working and debating atmosphere with his KyLong Artist Community on the Saigon River near the city center. His neighbor, the well‐known artist and architect Nguyen Hoai Huong, contributes with his Artgarden and studio nearby.

South‐East Asian activities in the arts with an international focus are increasingly placing Vietnam on the global radar. The Prudential Eye Award for example, focuses on young Asian art and awarded the prize for the region’s most outstanding artist 2016 in the sector video and media to the Vietnamese filmmaker Nguyen Trinh Thi.

Under the same leadership, namely the Global Eye Program of the funding bodies Parallel Contemporary Art, AIA Insurance Company and Saatchi Gallery London published a new book in their series “Vietnam Eye” which shows important positions of contemporary Vietnamese artists. The book project was accompanied by a group show and two solo exhibitions in Hanoi. The main exhibition «AIA Vietnam Eye» will be shown at Saatchi in London in September 2017 (September 14 ‐ 17, 2017).

The Viet Art Today 2016 Competition emerges at a time when initiatives are being launched to promote Vietnam’s art, its market and national and international positioning. Initially, Nguyen Thi Thu Suong, the founder and organizer of the competition, expressed her concern of dwindling loyalty and growing mistrust in the art scene. Specifically, she argued that the necessary reliable price formation for long‐term success was difficult. Artists not involved in the contemporary art discourse with no or limited access to an internationally operating and professional network are having a hard time, and some are committing doubtful ways to enforce access to the market. Many artists in Vietnam try to make fast money through direct selling impeding valuable and long‐ term relations to the market and important art collectors. The uncontrolled production of works of art jeopardizes their development and often is unsupportive for market acceptance. Upcoming competition among artists promotes quality and innovation, and enhances visibility to institutions and collectors.

The Viet Art Today 2016 Competition is one of a variety of supporting means to manage new challenges in an emerging art market. The exclusivity agreement with the gallery, often the first one for a young artist, should assist the structured career planning and pricing. In a gallery’s responsibility lies also the provision of additional services which otherwise would not be available, including the connection to collectors and the market. Equally important are the contacts to institutions, curators and partner galleries. Cooperation and competition are in favor to the artists and their art, accomplishments in this vein are indicators of their level of development.