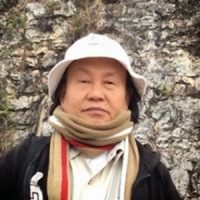 Bio
Artist name is Zhang Lu (張 路). Vietnamese name is Trương Lộ
Zhang Lu is considered one of the masters in Chinese brush painting in Vietnam. Unlike traditional Chinese brush painting where the artists paint from memory and inspiration, seeking to depict the subjects through their inner feelings and life’s philosophy, Zhang Lu adapts his own style to describe life in reality. He travel tremendously to capture images and ideas for his paintings.
Zhang Lu is also very talented in creating lacquer painting. He won a top 3 award in lacquer painting in 2010.